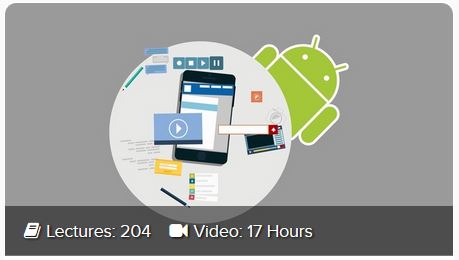 Everybody has a great idea for an app. The problem is, not many of those people have the skills or knowledge required to make that idea a reality. Building an app, regardless of its simplicity or platform, requires certain technical know-how like coding, UX/UI design, and more. App Inventor 2, however, cuts through all of the smoke and allows anyone - even those with no coding experience - to build Android apps from the ground up. This course will teach you how. 2KO delivers cutting-edge IT products in the consulting and business services space, as well as offering top-rated training for various IT vendors. Our internationally recognised courses can be offered either as hands-on full time classes, or as online learning..

THIS ONLINE COURSE IS TEMPORARILY UNAVAILABLE

Navigate and use App Inventor 2 efficiently and effectively

Create and build your own apps for Android

Test and update your apps after you've built them

Learn how to publish your app to Google's Play Store

Android Apps in an Instant

This course will teach you everything you need to know about building apps - without the complicated coding normally required. If you have a good internet connection, a basic understanding of what an Android app is, and a great idea for an app that doesn't yet exist, then you're the perfect candidate! While the course is aimed at beginner programmers or those with no coding experience whatsoever, experienced app builders who want to learn from a new angle will benefit too.

During the 204 lectures and 17 hours of content contained within this course, you'll learn the basics of programming in a fun and practical way, while creating fully fledged, ready-to-use Android apps. You'll start off with setting up App Inventor 2 and choosing the options you'll need for your future apps. Then you'll get to know the interface and tools before diving straight in and creating not one, not two, but TEN apps. These apps will increase in complexity as you work through them, using features such as the component editor and blocks editor.

When you've built your ten apps you'll also learn how to test, update, and publish them to the Play Store. By the end of this course, you'll be an advanced app builder using App Inventor 2.

App Inventor 2 is an open source web application originally developed by Google and now maintained by MIT. It is aimed at beginner programmers and specially designed to enable them to build Android apps. It turns complicated coding language into visual drag and drop blocks, so there is no need for the user to learn code before building their apps.

Introduction and What You Will Learn

Introduction and What You Will Learn

Working with the Design Elements

Looking at the Design

Secondary Buttons and Finishing Up